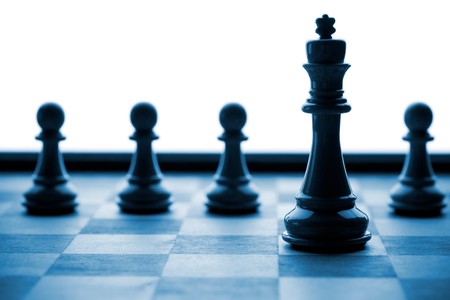 This week’s episode is titled “Strategic.”

We ended the last episode with a look at the different perspectives of 1st & 2nd Generation Christians. The debate centered on what role the Jewish law held for Jesus’ followers. Culturally-immersed 1st Generation Jewish believers tended to cleave to the law, while the more Greco-Roman acculturated 2nd & later generations adhered to the Gospel as articulated by the Apostle Paul.

Keep in mind that Paul’s arrival at the Gospel of Grace through Faith wasn’t an easy journey. He began as a strict Pharisee, fanatically loyal to Moses & Jewish tradition. It was Paul who presided at the execution of Stephen, the first Christian martyr. And Stephen was put to death precisely because he dared to say that the new covenant Jesus inaugurated superseded the old covenant installed by Moses & represented by the Temple & priesthood in Jerusalem which were now effectively obsolete in God’s plan. This drove the Jewish ruling council into a literal rage that led to Stephen’s death.

Paul well understood the arguments of the Judaizing legalists who advocated adherence to custom. He understood them because he’d once held them. But he came to realize faith in Christ alone bestowed the righteousness God requires. Salvation was not the product of human work; it was a gift God bestows, a gift received by faith.

Amped by this realization of salvation by grace through faith, Paul was compelled to take the Gospel were ever he could. The book of Acts describes 3 journeys he took to spread the Faith & plant churches.

On his 1st journey he and his friend Barnabas went to the island of Cyprus & the urban centers of the mainland north of there, a province called “Galatia” in modern-day Turkey.

On his 2nd adventure Paul went back over the fledgling fellowships begun on the previous journey, then travelled to the West coast of Asia Minor. Taking ship, he sailed across the Aegean Sea and landed in Macedonia. The Gospel had arrived in Europe, possibly for the first time.

Then Paul swung south into Greece where he visited Athens & other key Greek cities. Returning to his home base at Antioch in Syria, he didn’t stay long before once again setting out on a 3rd mission with the aim of planting churches in strategic locations.

Paul had a plan. He didn’t just go wherever the winds of fancy drove him. He was strategic, recognizing the need to plant congregations in influential cities. He knew if healthy churches could be set up in the urban centers of the Empire they’d act as jumping off points for mission work to their surrounding provinces. The strategy worked & Christianity spread rapidly.

We’re not unaware of the religious and philosophical environment the early Christians lived in. Outside Israel, much of the Roman Empire was a spiritual hodgepodge. The Greek & Roman pantheon was ubiquitous, with most commoners paying homage to the gods, not out of any genuine piety or devotion so much as out of a sense of civic duty. “Respect the gods or pay the price” was the attitude of the common people. Everyone had a duty to throw the gods their proverbial bone now and then, lest they get angry & withhold the rain-or-send floods. No one wanted to be the cause of disaster, so most went through the forms to pacify the gods & keep them off the collective back. But heartfelt devotion to the gods was rare.

Living alongside this kind of generalized respect for the gods was a much less common, but far more devoted adherence by some to the philosophies of a handful of Greek sages. Guys like Epicurus & Zeno. The concern of such philosophies was how to have the best life. Though their ideas often contradicted the demands of the gods, many who held to Epicureanism, Stoicism or one of the other philosophies saw no tension between their beliefs & religious practices.

But by the 1st Century, many across the Romans world had grown disillusioned with the old gods & old ways. Desiring something new, mystery cults from Egypt & the Far East took root. Though the official stance of Rome was to oppose these cults, there was something enticing in what was considered forbidden. Secret knowledge, imparted only to an elite stimulated curiosity. The cults of Isis & Mithras grew.

One message that appealed to some pagans throughout the empire was Judaism with its radical proposition there was only One, all-powerful, all-knowing God. The Jews had taken their Faith out of the merely religious realm & developed a comprehensive and coherent philosophy with it. It convinced many Gentiles who began attending Jewish synagogues located all over the empire. Not willing to fully convert to Judaism with its kosher requirements & circumcision, these “God fearers” as they were called, believed in the God of Israel & renounced the pagan deities of their neighbors.

When the Apostle Paul visited a new city he typically went first to the local Jewish synagogue where he systematically showed Jews & God-fearing Gentiles that Jesus of Nazareth was the long hoped-for Messiah and that faith in Him brought salvation. While a few Jews believed, it was from among the God-fearing Greeks Paul had his greatest response. When unbelieving Jews rejected & opposed him, he left their synagogue, taking the new converts with him and starting a church.

On Paul’s 3rd journey he spent about 3 years in the city of Ephesus in Western Asia Minor. His work there was probably the most fruitful of his career.

When he returned to Jerusalem after this 3rd church planting foray, he was arrested by the authorities & carted off to the Roman administrative capital of Caesarea on the coast. He spent the next couple years in prison as a political pawn between Jewish & Roman officials. To end the stalemate, Paul appealed his case to Caesar, which as a Roman citizen he had the right to do. A tumultuous sea journey saw him finally deposited in Rome where the book of Acts ends with him under house arrest, awaiting trial.

There’s some question as to whether Paul stayed in Rome until his execution by Nero or if he was released and later re-arrested & executed. There’s good reason to believe the initial charges against Paul were dropped, he was released, visited the churches he’d planted earlier, then came back to Rome where he was arrested in Nero’s round up of Christians after the great fire that destroyed a large part of the City. Paul was then executed in AD 64.

Let’s end this episode with a look back at Jerusalem & the church there.

Even though the 1st Generation believers adhered to the Mosaic law, the opposition of the Jewish authorities to the followers of Jesus grew until it broke out in official persecution.

About AD 41 John’s brother James was murdered at the order of Herod Agrippa, the Roman-installed ruler who was forever trying to curry the favor of the Jewish Sanhedrin. Herod knew the Council wanted to crush the new movement of Christians and thought to gain their good-will by getting rid of James. When he saw the favorable reaction of the Sanhedrin, he had Peter arrested as well. But before Peter could be executed, a miraculous prison-break set him free. Peter then left for an extended missionary journey through Syria, Asia Minor, Greece & eventually Rome where, along with Paul, he was also swept up in Nero’s purge.

In AD 62, James was bludgeoned to death at the command of the high priest who was furious the Church kept growing despite the increased persecution coming against it. James’ death left the Jerusalem church leaderless & discouraged.

During the mid-60’s, things in Israel became increasingly sketchy as tension between Jews and Romans grew. The completion of the Temple in 64 turned thousands of workers into an unruly & discontent mob. One inept decision after another by the Romans sparked a major revolt in 66. Though the Jews were able to pull off several astounding early victories over the Romans, the Emperor’s response was a brutal war of annihilation that crushed all opposition over the next several years.

From the Jewish perspective, AD 70 was the year Christianity and Judaism officially broke. At the outset of the Jewish revolt, the Christians of Jerusalem were warned in a vision to flee the city. They did. But their fellow Jews considered this an act of high treason. Shortly after the destruction of Jerusalem, Jewish leaders used the Christians’ flight from Jerusalem as the basis to ban them from all synagogue services. Any Jew who wanted to remain faithful to his religion could no longer follow Christ. The break was now complete.

As the Church became increasingly composed of Gentiles with little to no background in the Jewish roots of Christianity, this break would devolve into an antagonism that became hostile and violent. That historic hostility remains a blot on the Church to this day – and in the mind of many Jews, sadly hinders the message of the Gospel. 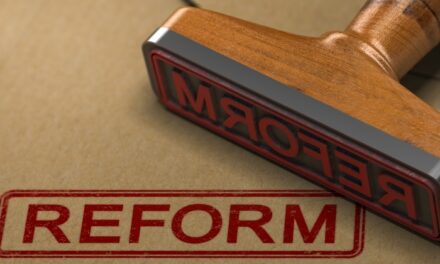 107-Reform Around the Edges 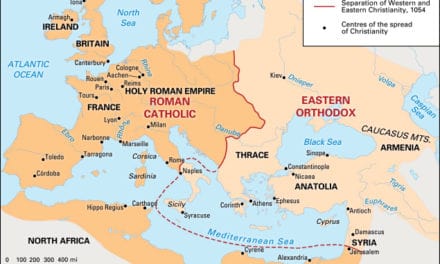 52-Breaking Up Is Hard to Do