69-The Not So Great After All Schism 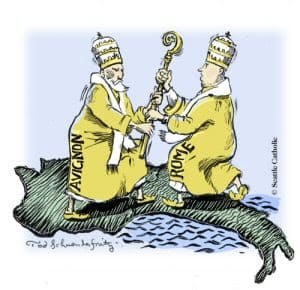 The title of this episode of CS is The Not-So Great After All Schism.

At the end of our last episode, a Frenchman, the Archbishop of Bordeaux was elected by the College of Cardinals in 1305 as Pope Clement. But Clement never set foot in Rome, because the locus of political power had shifted to France and her King, Philip.  This marks the beginning of what’s called the Babylonian Captivity of the Papacy, a 72–year long period when France dominated the papacy. After Clement, the next 6 Popes, all French, made their headquarters in Avignon, France rather than Rome. Though it began as a small town when Clement first located there, over the next 70 years it grew to a population of some 80,000, nearly all of them associated in some way with the Church bureaucracy.

This transfer of the papacy from Rome to France had a profound impact on the way all Europe came to see both the Pope and the leadership of the Church. Rome was the Eternal City. The Church of Rome, with the Pope as its bishop, went all the way back to Peter. That’s why people regarded it as special; why it called the shots for everyone else. If the Pope no longer sat in Rome, if he could now reside in some other church, what did that say about his authority? Was he indeed Peter’s successor? Was he truly The Vicar of Christ? And what did it mean when the Pope seemed to be little more than the political mouthpiece for the King of France?

While the French enjoyed having the Pope close to home, the rest of Europe didn’t find it much to their liking. The duchies and other regions of what would later be called Germany in particular resented it, being in constant tension with their French neighbors.

A good part of the hostility toward the Avignon papacy revolved around the abuse of money. Since the Papal States in Italy were no longer contributing, the papacy nearly went bankrupt. To replace lost income, French popes employed a slew of schemes. There were fees for this and taxes for that. Whenever a new bishop was appointed, his first year’s income went to the Pope. Veteran bishops were transferred between churches, so the Pope could start the process all over again. Sometimes no bishop would be appointed so the entire income went to Avignon.

The most lucrative practice was the granting of indulgences. These were passed out for just about any reason; any venture the Church figured was in its interest. From minor public works to war could earn someone an indulgence. And what the indulgences earned those they were granted, grew as time passed. The common people, who couldn’t afford to purchase such spiritual extravagances, and trusted in a more sincere form of devotion, saw all of this as a gross departure from the path of genuine righteousness. Bitter feelings toward Avignon grew, especially when the Pope demanded an increase in revenue under the threat of excommunication. Hell was for un-repentant sinners, not people who couldn’t afford to pay ever more taxes and fees.

By 1360, the outcry over the French domination of the Church made it clear the Avignon papacy could not continue. But no one foresaw the incredible events a return to Rome would bring.

In 1377, the elderly Pope Gregory XI re-entered Rome. But the joy that attended the re-establishment of the papacy there was short-lived. Gregory died within a year. The College of Cardinals, still filled by Frenchmen, yielded to the clamor of a Roman mob and chose an Italian. On Easter Sunday, April 18, Urban VI was crowned as the new Vicar of Christ. As the next months unfolded, it became clear Urban was a harsh dictator. The Cardinals had second thoughts about his election. In August, they announced that in their earlier decision, a mob had forced the selection of an apostate and the proceedings were invalid.

End of Round One.

A month later, the so-called apostate Pope Urban VI fired off Round Two by creating a new College of Cardinals. The sitting College, dominated by French cardinals, chose a new Pope from among their number, Clement VII. Clement took a tour of Italy to present himself as the real Pope, then headed back to à Avignon.

This brings us to what’s known as “The Great Schism.” It lasted 39 years. Each papal court had its own College of Cardinals, insuring the succession of its choice. Each Pope claimed to be the true Vicar of Christ, with the power to excommunicate those who refused to acknowledge him. The other guy was “antichrist.”

Of course, the French went with Clement; Italy and most of the rest of Europe, with Urban. But since England went with Urban, Scotland went with – can you guess? Yep – Clement. Within each kingdom, there were minorities of support for the “other guy.” Riots broke out. Property was burned and a new crusade was called for.

By 1409, a majority of cardinals from both sides agreed something had to be done. They met for a general council at Pisa in Italy. They deposed both Popes and elected a new man, Alexander V. Wouldn’t you just know it; neither of the two deposed prelates accepted the action. Now the Church had not two, but three Popes!

One of them called for a crusade against another and sold indulgences to pay for it. This ridiculousness finally stirred the people of Europe to action. In 1414, the Holy Roman Emperor Sigismund assembled the most impressive Church gathering of the era at the German city of Constance. Even the Eastern Greek Orthodox Church sent representatives.

For the first time, voting took place on a purely national basis. Each nation had one vote. The national structure of the council was highly significant. It shows that the Church was reluctantly coming to realize the new alignment of power turning Europe into the modern world.

It took three years, but eventually the council got one of the Popes to step aside, deposed the other two and chose a new Pope, Martin V. One of the deposed popes tried to retain his title, but for all practical purposes, the council in Constance brought an end to the Great Schism.

Just when it seemed things would get back to normal, the new Pope made a move which seemed to slit his own throat. The instant he was seated, he repudiated all acts of the council, except the one by which he ruled. Yet it was the council’s acts that had built the authority by which they could name him Pope. It was as if he said his election was based on a fiction.

Looking back, Pope Martin’s actions seem foolish, but he had good reason to deny the work of the council. It raised an important question: Who’s greater, a council that seats a Pope, or the Pope who’s authority convenes councils?

This blatant foray into political machinations dug a trough for the papacy it would be a while getting out of.

As we end this episode on the Not-So-Great-After-All Schism, it seems a good place to pause and make an editorial comment.

Over the years I’ve done this podcast, I’ve had only a few Roman Catholics who’ve gone after me for not being fair with the Church and Papacy. A lot more have remarked on how fair they’ve found the podcast. So let me say this à The Church, whether we’re talking about the Eastern Orthodox, the Church in the East, the Roman Catholic Church, or the dozens of Protestant groups have a mixed record when it comes to faithfulness to God. There are high points and low. Golden Ages, Glided Ages, and periods of growdy mud. There’s no point in white-washing those times in Church History when the People of God didn’t act like it. This era of the Great Schism is at best an embarrassment. No amount of spin can make it anything else.

Pope Alexander VI’s real name was Roderigo Borgia. He ruled from 1492–1503 and was grossly immoral; obsessed with providing wealth and power for his children. Yes, I said “children.” So much for being celibate. The entire 15th C is an abysmal period for the Popes as they were far more interested in politics and the arts than the things of God. As Shelly puts it, “The pope often could not make up his mind whether he was the successor of Peter or Caesar. Political corruption and immorality in the Vatican reached unbelievable heights under the Borgias.”

And while things were horribly out of whack in the upper reaches of Church Hierarchy, there were many godly bishops, priests, and deacons who served their parishes well, with a heart to glorify God. It’s just that the Papacy was certainly no example to follow.

So, Pope Martin tried to up-end the Council of Constance but what happened there was not to be forgotten by the representatives. Estrangement from the Vatican was growing. Men began to think in terms of “national churches,” and a church governed by representative bodies instead of a tyrannical dictator.

The ground for the Reformation was being plowed. 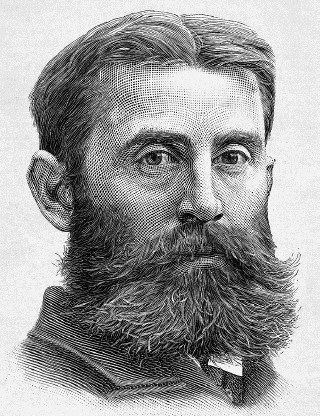 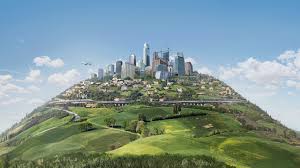 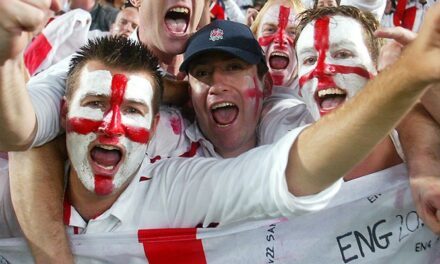