91-Thrust Into the Game 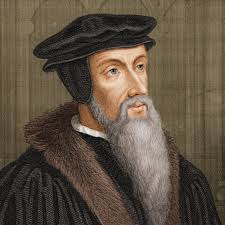 This episode is titled, Thrust Into the Game.

So far we’ve marked the rise of 2 of the 3 major branches of the Reformation. We’ve considered Lutheranism and the Radical Reformers or Anabaptists. Over the next few episodes we’ll consider the 3rd branch, called Calvinism, AKA, Reformed Christianity.

I begin with a summary of the opening section of Bruce Shelley’s excellent, Church History in Plain Language and his chapter of John Calvin.

Because the road to Strasbourg was closed by the war between France and Spain, the young French scholar had to pass thru Geneva. His plan was to spend a night. He ended up spending many.

The city was in disarray. Immorality was rampant, the political situation a mess, and there was little prospect for help.

The fiery reformer, William Farel had preached in Geneva for four years, and masses at the Catholic church were halted. But Geneva’s embrace of the Reformation was more out of political ambition than sincere allegiance to Protestant theology. No one had taken the lead in transforming the city’s institutions along Biblical lines. Geneva needed a manager; someone who could step into the political and spiritual vacuum and bring order. When Farel heard John Calvin was spending the night, he made it a point to call on him. He found Calvin to be a candidate to meet Geneva’s need, and urged him to stay and help establish the work.

Calvin begged off, saying he had further studies he needed to pursue. Farel told him, “Bah! You’re only following your own wishes! If you don’t help us in this work of the Lord, He will punish you for seeking your own interest rather than His.” Calvin was terror–stricken. The last thing he wanted was to offend God. So he stayed and took up the cause of installing the principles of the Reformation in Geneva.

Years later, Calvin remarked, “Being by nature a bit antisocial and shy, I always loved retirement and peace.… But God has so whirled me around by various events that He’s never let me rest anywhere, but in spite of my natural inclination, has thrust me into the limelight and made me ‘get into the game,’ as they say.”

Thus >> the title of this week’s episode.

John Calvin was born in the small town of Noyon, 60 miles NE of Paris. His father was a lawyer and eager to see John and his two brothers become priests. It was clear from an early age John was both intelligent and serious, so a local wealthy family sponsored his education. He entered the University of Paris at 14 and quickly mastered Latin. He then entered the school of philosophy where he showed brilliance in writing and skill in logical argument. People might not like what Calvin said but they couldn’t misunderstand what he meant. He left the University in 1528 with a Master of Arts degree. He was 19.

John turned to the study of law at the University of Orleans, but after his father’s death in 1531, Calvin returned to Paris as a student of the classics, intent upon a career as a scholar. His studies brought him in contact with new and dangerous ideas circulating round Paris. The Reformation had arrived. It wasn’t long before Calvin was converted to faith in Christ and the task of Reformation. He gave up his career as a classical scholar and identified with the Protestant cause in France.

In the Fall of 1533, Nicholas Cop, rector of the University of Paris gave a strong Protestant address. Many suspected it was Cop’s close friend, John Calvin, who’d written it. The University was thrown into such an uproar, Calvin had to flee the city. He took refuge in Basel, Switzerland, where in March, 1536, he published the first edition of his highly influential Institutes of the Christian Religion – the Reformation’s first systematic theology.

A systematic theology is one that devotes chapters to specific doctrinal subjects. There’s a chapter on God …

Calvin’s work was the most cogent, logical, and readable explanation of Protestant doctrine the Reformation produced. It gave its young author overnight fame. Calvin worked on the Institutes for the rest of his life, adding more volumes and editing the existing content. But 20 years later it was essentially the same work though much larger. His core ideas never changed. At first it was a slim volume but five revisions later saw the last in 1559 containing four books of 80 chapters.

The preface to the Institutes was addressed to King Francis I of France. It defended the Protestants from the criticisms of their enemies, vindicating their rights to fair treatment. No one had spoken so effectively in their behalf, and with this letter Calvin was assigned the leadership of the Protestant cause after Martin Luther.

Speaking of Luther, a comparison between he and Calvin would be proper here. Keep in mind that only about 20 years separated them. Calvin certainly knew of Luther and Luther heard of the young Frenchman in Geneva.

While the cornerstone of Luther’s theology was the doctrine of justification by faith, Calvin’s was the sovereignty of God. They both had a massive sense of the majesty of God, but for Luther that all just added to the richness of the miracle of forgiveness. Calvin’s emphasis rested on the unassailability of God’s purpose.

Calvin shared Luther’s four central Protestant beliefs, but he was born a generation after Luther in a different land and was a far different sort of person.

Luther was a monk and university professor. Calvin was a scholar and city manager. While both men lived and worked during a time of great social turmoil, their realms of influence were different.

Luther saw himself as the point man for an entire movement in the Church, calling it back to what God intended it to be. Calvin followed in Luther’s train but to a highly specialized work in it – to implement Biblical principles in the civil sphere.

The differences between Calvin and Luther are reflected in their portraits. As Luther aged, he filled out and his face softened, though his tone became more acerbic. As Calvin aged, though thin to begin with, he lost weight. His face became angular and lined. He looks as if he’s cut from stone.

Calvin’s exceptional administrative abilities enabled him to build on the work of Ulrich Zwingli. The reform he started at Zurich spread rapidly in German-speaking Eastern Switzerland. The Swiss Reformation spread to the important German city of Strasbourg where Martin Bucer was more sympathetic to Zwingli than Luther.

When Zwingli died at the Battle of Kappel, the Reformation in Switzerland was left without a leader. Zwingli’s student Heinrich Bullinger did a fine job of leading the church in Zurich but that was pretty much the limit of his ability. The success of what Calvin was doing in Geneva shifted the focus away from Eastern Switzerland to the West, French-speaking Swiss city of Geneva.

When Calvin fled Paris for Strasbourg in the Summer of 1536, his brother, sister and 2 friends went with him.  They put up for a night at an inn in Geneva. But word spread quickly that the author of the Institutes was in town. Farel was ecstatic. Desperate for help, he rushed to the inn and pleaded with Calvin to stay. Upon his consent, Farel convinced the Geneva city council to appoint Calvin to lead the Reformation there. Interestingly, Calvin never held an official political post and didn’t even become a citizen until 1559.

Calvin’s goal was to make Geneva a “holy commonwealth” where the Law of God became the laws of man. He preached daily and twice on Sunday. He started a school for training young people and arranged for the care of the poor and needy. Under Calvin’s direction, Geneva became a model of Reformation belief and practice.

And by model, I mean EXAMPLE. Protestant refugees from all over Europe flooded into the City. They sat under Calvin’s teaching, and when they returned home, took his theology and Geneva’s example with them. This explains the dramatic spread of Calvinism throughout Western Europe.

In addition to his strenuous preaching schedule, Calvin was a prodigious writer. He penned lectures, theological treatises, and commentaries on 33 books of the OT, along with the entire NT sans Revelation. Church historian Philip Schaff claims Calvin was the founder of the modern historical-grammatical method of studying the Bible.[1] Calvin also carried on a massive correspondence with people all over Europe.

But, Calvin’s launch at Geneva got off to a rocky start. A mere 18 months into his new position both he and Farel were banished for disagreeing with the city council. Calvin resumed his prior journey to Strasbourg, where he settled down and pastored for 3 years, married the widow of an Anabaptist and became the adoptive father to her two children.

By 1541 Calvin’s reputation had spread. He wrote three more books and revised his Institutes. He’d become good friends with leading Reformers Martin Bucer and Philip Melanchthon. He was asked to return to Geneva by the authorities, and spent the rest of his life establishing a theocratic society there.

Calvin believed the Church should faithfully mirror the principles laid down in the Bible. He argued that the NT taught four orders of ministry: pastors, elders, deacons, and doctors, by which he meant ‘teachers.’ Geneva was organized around these four offices.

Pastors conducted church services, preached, administered the sacraments of Communion and baptism, and cared for the spiritual welfare of parishioners. In each of the three parish churches, two Sunday services and a catechism class were offered. The Lord’s Supper was celebrated every three months.

The Doctors or as we would call them, teachers, lectured in Latin on the Old and New Testaments; Mondays, Wednesdays, Fridays. Their students were mostly older schoolboys and ministers, but anyone could attend.

Elders kept an eye on spiritual affairs. If they saw someone was often snockered from too much ale, or that Mr. Smith beat his wife, or Mr. Jones and Mrs. Faraday were seeing a little too much of each other, they admonished them in a brotherly manner. If the behavior continued, they reported the matter to the church’s governing body, which would summon the offender for an inquiry. Excommunication was a last resort and remained in force until the guilty party repented.

Finally, social welfare was the charge of the Deacons. They were the hospital-management board, social-security executives, and alms-house supervisors. The deacons were so effective, Geneva had no beggars.

The system worked so well for so many years, when the Scotsman John Knox visited Geneva in 1554, he wrote a friend that the city “is the most perfect school of Christ that ever was in the Earth since the days of the Apostles.”

We have a lot more to look at with Calvin and Geneva, but we’ll get too it in our next episodes. 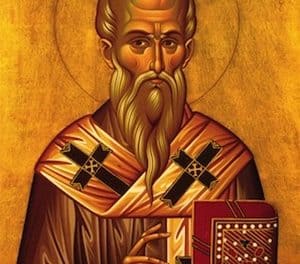 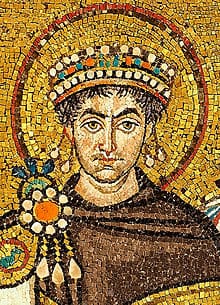 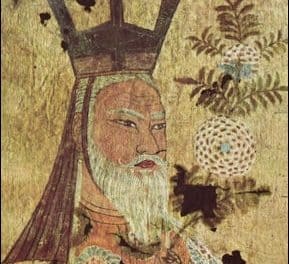