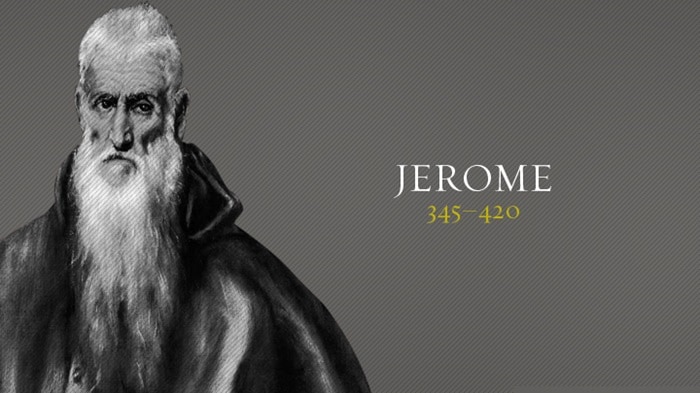 This episode is titled, “Jerome.”

By his mid-30’s, Jerome was probably the greatest Christian scholar of his time. He’s one of the greatest figures in the history of Bible translation, spending 3 decades producing a Latin version that would be the standard for a thousand years. But Jerome was no bookish egghead. He longed for the hermetic life we considered in the previous episode & often exhibited a sour disposition that showered his opponents with biting sarcasm and brutal invective.

His given name was Eusebius Hieronymus Sophronius and was born in 345 to wealthy Christian parents either in Aquileia in NE Italy or across the Adriatic in Dalmatia.

At about 15, Jerome and a friend went to Rome to study Rhetoric & Philosophy. He engaged with abandon many of the immoral escapades of his fellow students, then followed up these debaucheries with intense self-loathing. To appease his conscience, he visited the graves & tombs of the martyrs and saints in Rome’s extensive catacombs. Jerome later said the darkness & terror he found there seemed an appropriate warning for the hell he knew his soul was destined for.

This tender conscience is interesting in light of his initial skepticism about Christianity. That skepticism began to thaw when he realized what he was experiencing was the conviction of the Holy Spirit. His mind could not hold out against his heart and he was eventually converted. At  19, he was baptized.

He then moved to Trier in Gaul where he took up theological studies & began making copies of commentaries & doctrinal works for wealthy patrons.

Jerome then returned to Aquileia, where he settled in to the church community and made many friends.

Several of these accompanied him when he set out in 373 on a journey thru Thrace and Asia Minor to northern Syria. At Antioch, 2 of his companions died and he became seriously ill. During this illnesses, he had a vision that led him to lay aside his studies in the classics and devote himself to God. He plunged into a deep study of the Bible, under the guidance of a church leader at Antioch named Apollinaris. This Apollinaris was later labeled a heretic for his unorthodox views on Christ. He was one of several at this time trying to work out how to understand and express the nature of Jesus; was He God, Man or both? And if both, how are we to understand these two natures operating within the One, Jesus?  Apollinaris said Jesus had a human body & soul, but that his mind was divine. This view, creatively called Apollinarianism, was declared heretical at the Council of Constantinople in 381, though the church had pretty well dispensed with it as a viable view of Christ back in 362 at a Synod in Alexandria, presided over by our friend Athanasius.

While in Antioch & as a fallout of his illness & the loss of his friends, Jerome was seized with a desire to live an ascetic life as a hermit. He retreated to the wilderness southwest of Antioch, already well-populated by fellow-hermits. Jerome spent his isolation in more study and writing. He began learning Hebrew under the tutelage of a converted Jew; and kept in correspondence with the Jewish Christians of Antioch. He obtained a copy of the Gospels in Hebrew, fragments of which are preserved in his notes. Jerome translated parts of this into Greek.

Returning to Antioch in 379, he was ordained by Paulinus, whom you’ll remember was the bishop of the Nicaean congregation there. This is the Bishop & church supported by Rome when the Arian church in Antioch was taken over a new also-Nicaean Bishop named Meletius. Instead of the 2 churches merging because the cause of their division was now removed, they became the political frontlines in the battle for supremacy between Rome & Constantinople.

Recognizing Jerome’s skill as a scholar, Bishop Paulinus rushed to ordain Jerome as a priest, but the monk would only accept it on the condition he’d never have to carry out priestly functions. Instead, Jerome plunged himself into his studies, especially in Scripture. He attended lectures, examined parchments, and interviewed teachers and theologians.

He went to Constantinople to pursue a study of the Scriptures under Gregory of Nazianzus. He spent 2 years there, then was asked by Paulinus back in Antioch to accompany him to Rome so the whole issue over who the rightful bishop in Antioch was. Paulinus knew Jerome would make a mighty addition to his side. Indeed he did, and Pope Damasus I was so impressed with Jerome, he persuaded him to stay in Rome. For the next 3 years, Jerome became something of a celebrity at Rome. He took a prominent place in most of the pope’s councils. At one point his influence over the pope was so great he had the audacity to say, “Damasus is my mouth.”

He began a revision of the Latin Bible based on the Greek manuscripts of the New Testament. He also updated the Book of Psalms that prior to that time had been based on the Septuagint; a Greek translation of Hebrew.

In Rome, he was surrounded by a circle of well-born and well-educated women, including some from the noblest patrician families. They were moved by Jerome’s asceticism & began to emulate his example of worldly forbearance. This did NOT endear him to the rather secular clergy in Rome who enjoyed the attention of such lovely, rich and available women. But Jerome’s messing with their fun didn’t end there. He offended their pleasure-loving ways with his sharp tongue and blunt criticism. As one historian puts it, “He detested most of the Romans and did not apologize for detesting them.” He mocked the clerics’ lack of charity, their ignorance & overweening vanity. The men of the time were inordinately fond of beards, so Jerome mused, “If there is any holiness in a beard, nobody is holier than a goat!”

Soon after the death of his patron, Pope Damasus in December 384, Jerome was forced to leave Rome after an inquiry brought up allegations he’d had an improper relationship with a wealthy widow named Paula.

This wasn’t the only charge against him. More serious was the death of one of the young women who’d sought to follow his ascetic lifestyle, due to poor health caused by the rigors he demanded she follow. Everyone could see how her health declined for the 4 months she followed Jerome’s lead. Most Romans were outraged for his causing the premature death of such a lively & lovely young woman, and at his insistence her mother ought not mourn her daughter’s death. When he criticized her grief as excessive, the Romans said he was heartless.

So in August 385, he left Rome for good and returned to Antioch, accompanied by his brother and several friends, followed a little later by the widow Paula & her daughter. The pilgrims, joined by Bishop Paulinus of Antioch, visited Jerusalem, Bethlehem, and Galilee, then went to Egypt, home to the great heroes of the ascetic life.

Late in the Summer of 388 he returned to Israel. A wealthy student of Jerome’s founded a monastery in Bethlehem for him to administer. This monastery included 3 cloisters for women and a hostel for pilgrims.

It was there he spent his last 34 years.  He finished his greatest contribution, begun in 382 at Pope Damasus’s instruction: A translation of the Bible into Latin.

The problem wasn’t that there wasn’t a Latin Bible; the problem was that there were so many! They varied widely in accuracy. Damasus had said, “If we’re to pin our faith to the Latin texts, it’s for our opponents to tell us which, for there are almost as many forms as there are copies. If, on the other hand, we are to glean the truth from a comparison of many, why not go back to the original Greek and correct the mistakes introduced by inaccurate translators, and the blundering alterations of confident but ignorant critics, and, further, all that has been inserted or changed by copyists more asleep than awake?”

At first, Jerome worked from the Septuagint, the Greek translation of the Old Testament. But then he established a precedent for later translators: the Old Testament would have to be translated from the original Hebrew. In his quest for accuracy, he learned Hebrew & consulted Jewish rabbis and scholars.

One of the biggest differences he saw between the Septuagint and the original Hebrew was that the Jews did not include the books now known as the Apocrypha in their canon of Holy Scripture. Though he felt obligated to include them, Jerome made it clear while they might be considered “church-books” they were not inspired, canonical books.

After 23 years, Jerome completed his translation, which Christians used for more than 1,000 years, and in 1546 the Council of Trent declared it the only authentic Latin text of the Scriptures.

What marked this Bible as unique was Jerome’s use of the everyday, street Latin of the times, rather than the more archaic classical Latin of the scholars. Academics & clergy decried it as vulgar, but it became hugely popular. The Latin Vulgate, as it was called, became the main Bible of the Roman church for the next millennium.

Jerome’s work was so widely revered that until the Reformation, scholars worked from the Vulgate. It would be another thousand years till translators worked directly from the Greek manuscripts of the NT. The Vulgate ensured that Latin, rather than Greek, would be the Western church’s language, resulting centuries later in a liturgy & Bible lay people couldn’t understand—precisely the opposite of Jerome’s original intention. It’s also why many scientific names & terms are drawn from Latin, rather than Greek which was the language of the scholars until the appearance of the Vulgate.

The Latin Bible wasn’t the only thing Jerome worked on while in Bethlehem. He also produced several commentaries, a catalogue of Christian authors, and a response to the challenge of the Pelagians, an aberrant teaching we’ll take a look at in a future episode. To this period also belonged most of Jerome’s polemics, his denunciations of works and people Jerome deemed dangerous. He produced a tract on the threat of some of Origen’s errors. He denounced Bishop John of Jerusalem and others, including some one-time friends.

Some of Jerome’s writings contained provocative views on moral issues. When I say provocative, I’m being generous; they were aberrant at best and at points verged on heretical. All this came of his extreme asceticism. While the monasticism he embraced allowed him to produce a huge volume of work, his feverish advocacy of strict discipline was nothing less than legalistic extremism. He insisted on abstinence from a normal diet, employment, & even marital sex. His positions were so extreme in this regard, even other ascetics called him radical.

As far as we know, none of Jerome’s works were lost to the centuries. There are a few medieval manuscripts that mark his work in translating the Bible. Various 16th C collections are the earliest extant copies of his writings. Through the years, Jerome has been a favorite subject for artists, especially Italian Renaissance painters.

He died at Bethlehem at the end of September of 420. 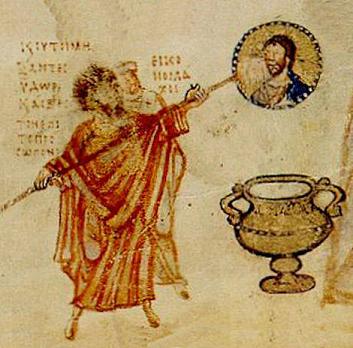 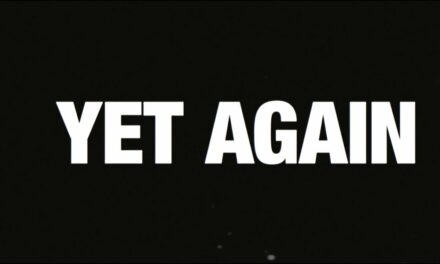 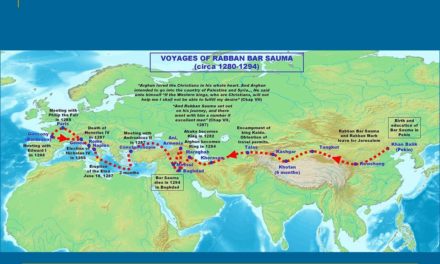 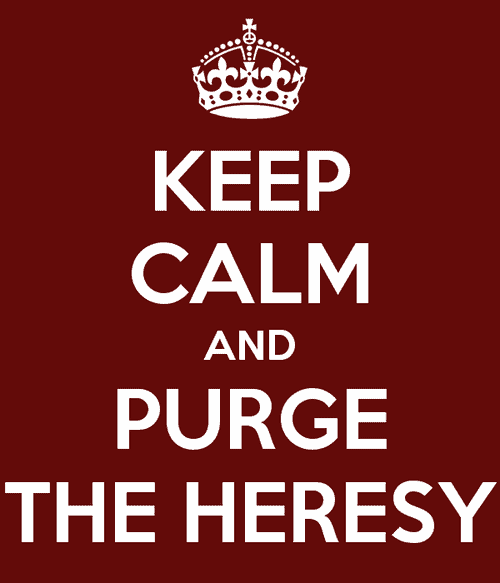