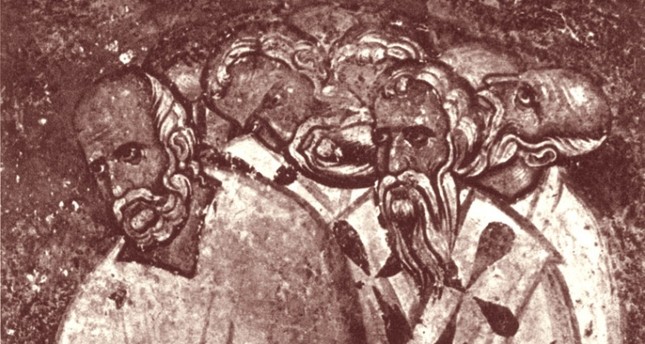 A short while back, we took at look at the Iconoclast Controversy that took place in the Eastern, Greek Orthodox church during the 8th & 9th Cs.

While we understand the basic point of controversy between the icon-smashers, called iconoclasts, and the icon-supporters, the iconodules; the theology the iconodules used to support the on-going use of icons is somewhat complex.

The iconoclasts considered the veneration of religious images as simple idolatry. The iconodules developed a theology that not only allowed, it encouraged the use of icons while avoiding the charge of idolatry. They said such images were to be respected; venerated even – but not worshiped. Though, for all practical purposes, in the minds of most worshipers, there was no real difference between veneration & the adoration of worship.

The acceptance of icons as intrinsic to worship marked the entrance of a decidedly mystical slant that entered the Orthodox Church at this time, and has remained ever since. All of this was seen in the career of an author now known as PSEUDO-DIONYSIUS the Areopagite. He’s called Pseudo-Dionysius because while we know his writings were produced in the early 6th C in Syria, they claim to have been written by the 1st C Dionysius mentioned in Acts 17 who came to faith when Paul preached on the Mars Hill in Athens.

Pseudo-Dionysius’ most famous works were titled The Divine Names, Mystical Theology, & The Celestial Hierarchy.  The Monophysite Christians of Alexandria were the first to draw inspiration from his work, supposing them to be genuine works of one of the Apostle Paul’s disciples. The Byzantines followed suit & incorporated some of his ideas. Then, in 649 when Pope Gregory I and the Lateran Council accepted them as dating to the 1st C, they became more widely looked to as informing Christian theology.

Pseudo-Dionysius’ writings merged Christianity w/Neo-Platonism.  He saw the universe as divided into a hierarchy of spirits and believed the Church ought to be organized in a similar way as this spiritual hierarchy. Where Pseudo-Dionysius deviated from the Neo-Platonists was in his rejection of the idea that the goal of each human individual was to lose their individuality by re-uniting with the Creator. He went 180 degrees the other way and said it was the individual’s goal to grow through mystical moments of revelation so that the person emerged into a divine state; more god-like than human. Pseudo-Dionysius taught that these mystical moments were bursts of revelation that brought enlightenment and advanced the soul’s journey to a near-deity. But they weren’t moments of revelation INTO divine knowledge so much as they were a stripping away of it. While early cults like the Docetists & Gnostics had made the acquisition of secret knowledge that imparted enlightenment the hallmark of their creed, Pseudo-Dionysius said knowledge stood in the way of enlightenment. The mind was a barrier to spiritual advancement, not a tool to attain it. He claimed the path to salvation, which he cast as “spiritual fulfillment,” proceeded through 3 stages—Purification, Illumination, and Union.

First, the seeker needed to strip him/herself of all earthly and fleshly entanglements. Then by extreme forms of meditation in which the goal was to wipe the mind clean, the special moment would arrive when the person would achieve illumination & realize their union with the divine. If this sounds a bit like Gnosticism and the esoteric offerings of Eastern religion, that’s because they are similar.

This synthesis of Christianity & Neo-Platonist concepts had a huge impact on Byzantine theologies of mysticism and liturgy, on Western mystics, scholastics & Renaissance thinkers. Pseudo-Dionysius’ writings were translated from Greek into Latin about 850.

They were rejected as inconsistent with the Bible by the Protestant Reformers and exposed as 6th Century forgeries when scholars dug into their origin. But their emphasis on the mystical had already done its damage in the Eastern Church which continued to hold onto many of Pseudo-Dionysius’ ideas. Even to this day, salvation in the Greek Orthodox Church means something rather different than it does in the Western Church, where it’s conceived as redemption from sin and reconciliation to God. In the Eastern Church, salvation is regarded as a return to a process of spiritual transformation enhanced by the Church; it’s priesthood, icons, and rituals, to a destiny that produces a being that is much more than human though not quite attaining to deity. The Eastern idea is that the Redeemed won’t be God, but will be certainly be god-like.

Now, this is an over-simplification, but may help make THE crucial distinction between the ways the Western and Eastern Churches understand salvation. The West sees the work of Christ primarily as Salvation FROM sin, while the East understands it as Salvation TO glory.  Again—that’s a maybe gross reduction of the complex soteriology of the Eastern and Western theological traditions, but pretty accurate nonetheless. It’s all in where the emphasis is placed.

The Bible does say Adam and Eve were created in God’s image. And we know Christ came to restore what they lost in the Fall. Certainly, the redeemed in glory will appear as glorious creatures that dwarf the shades humans are now. We are, as one musical artist sang – like ghosts on the earth, compared to the glory that was once Adam’s & will be ours yet again. But in Greek Orthodox theology, salvation seems to be not just a restoration of what was lost so much as a promotion into something new; something even more glorious than the first man and woman enjoyed. Again, something above human if not quite divine.

And the emphasis on the mystical in the Eastern Church is all about how to make that leap, that spiritual form of evolutionary advance.

In 650, as Pseudo-Dionysius’ views were being heavily imbibed in the East, a church leader named Constantine (obviously not the Emperor of the 4th C) resurrected some of the errors of the Gnostics. Constantine and his followers rejected the formal­ism of the Byzantine State church, claiming a desire to return to the simplicity of the Early Church.  We might respond; “Wait! In 650 they wanted to return to the dynamism of the early church? Isn’t THAT the early church?  That was 1400 years ago!”

Constantine based his beliefs on the Gospels and letters of Paul alone. He claimed an evil deity inspired the rest of the NT and all the Old. In a reprise of Gnosticism, he claimed this evil deity was the creator and god of this world. The true God of heaven was opposed to the physical universe; that material world was unalterably evil. In order to save people’s spirits from the wickedness of the physical world, the true God sent an angel who appeared as a man named Jesus.

A little history taught church leaders how to shut down Constantine’s re-emergent Gnosticism. All they had to do was go back and read of the early church’s struggle with the Gnostics and how all these ideas were old hat with no basis in Scripture. While a few church leaders did just that and waged an apologetic battle with Constantine’s followers, the State Church persecuted & at times executed them.

During the Iconoclast Contro­versy of the 8th C, the persecution of the Paulicians eased a bit. One of the Emperors may even have been a Paulician. But in the 9th C, the Empress Theodora ordered the Paulicians eradicated. Tens of thousands were killed, most in Armenia.

In reaction, the Paulicians formed armies which proved quite capable in battle. So, unable to conquer them outright, the Byzantines offered them independence if they’d move to the troubled border w/the Slavs & Bulgars giving the Empire grief.

The Paulicians ended up having a major religious impact on the Bulgars. These Bulgar-Paulicians became known as the Bogomils¸ named after their first leader. In the mid 10th C he taught that the first-born son of God was Satan. Because of Satan’s pride, he was expelled from heaven. God then made a new heaven and earth, in which he placed Adam and Eve. Satan had sex with Eve which union produced Cain, the source of all evil among humans. Moses and John the Baptist, according to the Bogomils, were both servants of Satan. But God sent the Logos, his second Son, Jesus to save humanity from the control of Satan. Although Satan killed Jesus, his spiritual body was resurrected and returned to the right hand of God. Satan was in this way defeated; or so said Bogomilism.

Some of our listeners may find all of this similar to another religious group headquartered today in a certain State of the US, that has great skiing during the winter and a capital located next to a large, salty inland sea. Turns out, Solomon was right; there really isn’t anything new under the sun.

The Bogomils adopted a rigidly ascetic life-style. They despised marriage, although they permitted it in the case of less-than-perfect believers. They condemned the eating of meat and the consumption of wine. They rejected baptism and communion as Satanic rituals  since they used material things.

Bogomilism flourished in Bul­garia while it was an independent country in the 10th C, then again in the 13th. Bogomilian ideas spread to Western Europe where they influenced the Cathars and Albigensians. When the Turks destroyed the Bulgarian Empire in 1393, the Bogomils disappeared.

The Paulicians continued in minor enclaves in Armenia all the way into the 19th C. It’s possible that in some tiny corner of rural communities, Paulicianism continues to find adherents.

And now you see why I chose to title this episode, “Crazy Stuff.” 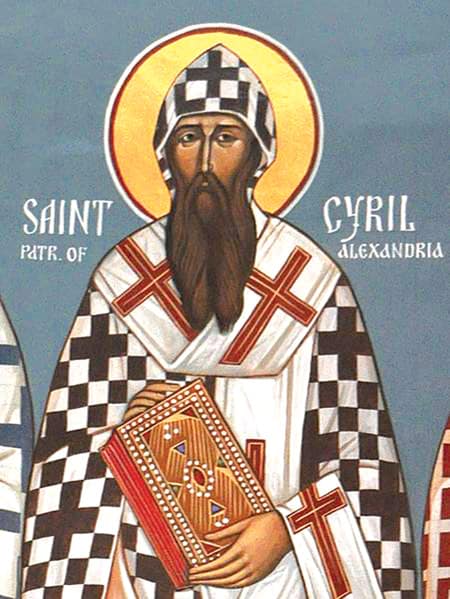 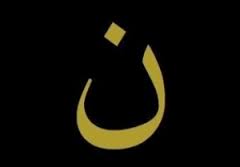