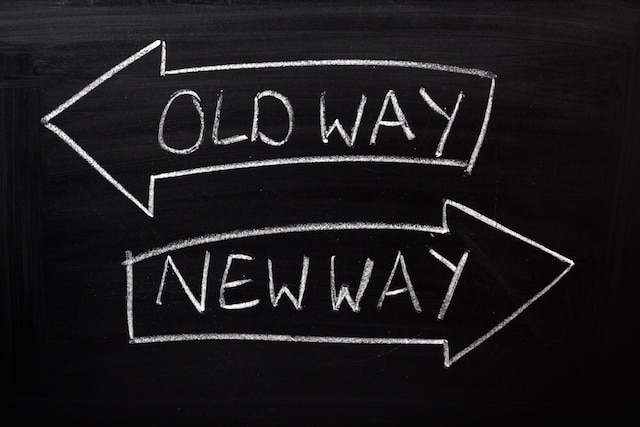 We’re changing gears a bit to begin a series of podcasts considering the impact Christianity has had on the world. We’ll unpack how the Faith has left its imprint on society. The Title of this episode is The Change – Part 1: The Sanctity of Life.

Knowing my fascination with history and especially the history of Rome, a few years ago, someone recommended I watch a mini-series that aired on a cable network. While it was dramatic historical fiction, the producers did a good job of presenting the customs & values of 1st C BC Roman culture. While the series was suspenseful & entertaining, it was difficult to watch because of the brutality that was commonplace. And it wasn’t put in merely for the sake of titillation or to make the shows more provocative. It was an accurate depiction of the time. More than once, I found myself near tears, broken over just how lost the world was. Several times I said out loud, “They needed Jesus!”

Exactly! THAT was the very era Jesus was born into & the culture the Gospel spread in. How desperately the Roman Empire needed the life-affirming message the Early Church preached & lived.

There’s an old saying, “When in Rome, do as the Romans do.” When the early Christians came to Rome, we can be thankful they DIDN’T do what the Romans did. On the contrary, slowly but surely, with fits & starts, they eventually transformed the Greco-Roman world from rank paganism to a more or less Biblical worldview. Nowhere was that seen more clearly than in the change that was made to the sanctity of human life.

During the early days of the Roman republic, the high value put on the family unit formed a moral base that lent a certain weight to the value of the individual. But as the idea of the State grew during the late republic, then blossomed in the Empire, people were evaluated in terms of what they could contribute to the State. That meant people on the bottom of the social scale had little to no value. The poor, women, and slaves became chattel; property to be used. Life became cheap. And the pagan gods bequeathed no real moral virtue into the Roman world. They were understood to be whimsical & selfish at the best of times, cruel in the worst.

The Christian value of the sanctity or specialness of human beings was based in the Jewish view of man as created in God’s image. There was a healthy Jewish population in the City of Rome itself & scattered throughout other major cities of the Empire. Early on, the unique Jewish view of man had infiltrated the Roman world where ever Jews were to be found. So different was this view of man from the paganized Greco-Roman worldview that many of the more enlightened Greeks & Romans had begun attending Jewish synagogues. If they stayed, they became known as God-fearers; Gentiles who believed in the God of the Bible, but hadn’t become full converts to Judaism by being circumcised, baptized, & keeping kosher. They occupied a section in many synagogues, sitting by themselves to hear the teaching of Scripture. The book of Acts tells us some of Paul’s most fruitful work was in this God-Fearer section of the synagogue.

The Jewish idea of men & women being created in God’s image took on new potency when the Gospel was preached, for it told of God becoming man. And becoming a man so He could go to the cross to ransom lost men & women; translating them from a destiny in hell to the glory of heaven. All this spoke of God’s view of the value of human beings. If He would endure the passion & cross, it meant life was of inestimable value. Rather than life being cheap, it was to be honored and protected at all costs, regardless of its station or quality.

One way the early Christian demonstrated this was the church’s opposition to the widespread practice of infanticide. It was common to expose unwanted children soon after birth, either by drowning or leaving them on exposed where the elements or wild beasts would finish them. They were left to die for physical deformities, for being of the wrong sex, or simply because the parents couldn’t afford another mouth to feed.

Abandoning unwanted infants was quite common in the Greco-Roman world. In fact, the founding myth of Rome begins with 2 infant boys being tossed into the Tiber River. Romulus & Remus both survived to be suckled by a she-wolf, then raised by an elderly shepherd. It was their later struggle that founded the city of Rome, named for one of the brothers – Romulus.

So in the city of Rome itself, parents would regularly leave unwanted children at the base of the Columna Lactaria. In later times, Roman parents would abandon their infants there to show grief over some national calamity, like the death of a beloved emperor. To put that in modern terms, imagine someone dropping off their 2 week old infant at a memorial for 9/11 – and just walking away; thinking that somehow shows solidarity with everyone’s shock & grief. Yet that’s what many Romans did with their newborns when calamity struck.

Greeks also practiced infanticide by abandoning infants. They did so because it was woven into their mythology. The well-known Greek tragedy Oedipus Rex revolves around Oedipus who at only 3 days was abandoned by his father King Laius of Thebes. Ion, founder of Ionia was abandoned as an infant by his mother. Poseidon, Aesculapius, & Hephaistos were all abandoned infants. Even Paris who started the Trojan War was abandoned as a child. In Sparta, every newborn was brought before the elders for inspection. If the child was deemed weak in any way, it was abandoned.

As shocking, is realizing in all the literature come to us from that time, nowhere is there a shred of evidence infanticide was wrong, or even questioned.

Infanticide wasn’t practiced just among the Greeks & Romans; other ancient societies practiced it as well. Plutarch said the Carthaginians had made infant sacrifice a regular occurrence. When building a new house or wall, they mixed the blood of an infant with the mortar, thinking it made the wall stronger. If a wealthy family had no new-born to offer, they’d buy one off a poor mother. Though we don’t have a record of what was on the 12 Tablets that formed the basis of Roman Law & civilization, we know a good deal of what was in them from the quotes of later Romans. Cicero says it was part of Roman law to expose deformed infants. In the 1st C AD, Seneca, remarks in passing, without batting the proverbial eye, that deformed infants were routinely drowned. Infanticide was so common in the later Greek era that in the 2nd C BC, Polybius blamed a population decline on it.

Because infanticide was so common, large families among both Greeks & Romans was rare. An inscription found at Delphi reveals that in a 2nd C sample of 600 families, only 1% had more than 1 daughter! Infanticide was practiced in India, China, Japan, Africa, the rainforests of Brazil, among the Inuit, & among the native North & Central  Americans.

Early Christians balked not at calling infanticide, murder. To them, infants were creatures of God who bore His image no less than their mature counterparts. They’d heard of Jesus’ attention to little children in Matthew 19. That passage is interesting because the disciples thought the children approaching Jesus weren’t worthy of His august attention. In their attitude toward the little ones, contrary as it was to Jesus’ own perspective, we catch of glimpse of how the Greco-Roman culture had influenced them. The pre-Roman Jewish culture put a huge emphasis on children. They were regarded as a great blessing from God. Children were God’s promise of a future! Yet in the disciples’ shooing the children away from Jesus, we see how the Greco-Roman devaluing of life had infected them.

We ought to reflect on how the modern abortion debate may have affected our valuation of human life. The parallels to the current population decline among ethnic Europeans ought to be obvious & a sign of how the Judeo-Christian worldview has been gutted from Western civilization.

The Didache, the standard catechism used by the Church in the 1st C tells Christians, “You shall not commit infanticide.” It’s condemned in the Epistle of Barnabas, written about 130. In AD 222, the 1-time slave turned bishop of Rome, Callistus expressed his dismay at the widespread practice of exposing unwanted infants.

It was this & the very vocal Christian opposition to it that helped fuel the persecution the early church faced in so many places around the Empire. The Romans placed great stock in tradition and looked with suspicion on anyone who sought to change it. The Christians were doing just that with their radical ideas about how to treat the unwanted.

While Christians opposed infanticide, they were unable to do anything about it as a social policy while they were an outlawed group. It wasn’t until the Edict of Milan in AD 313 that they were able to even speak to official policy. Then, only 60 years later Emperor Valentinian, at the urging of Basil of Caesarea, outlawed the wicked practice of infanticide.

But while they waited for the laws to change, early Christians didn’t sit on their hands. They regularly went out to the hillsides where children were left exposed and took them into their homes, raising them as their own children. In Rome, Bishop Callistus organized people to roam the streets in the late evening, looking for abandoned children. He then placed them in the homes of parents wanting them. As far as we know, this was the first organized adoption agency, even though it was done on the sly. The famous martyr Polycarp’s protégé, Benignus of Dijon, recused & nurtured abandoned little ones, ministering to the needs of children who’d been deformed because of botched abortions. Afra of Augsburg, a notorious prostitute before her conversion to Christ, began a ministry to the abandoned children of prisoners, thieves, smugglers, pirates, runaway slaves, and all sorts of ne’er-do’ wells.No one should get the impression from this that following Valentinian’s outlawing of infanticide & child-abandonment, there was an immediate, overnight end to the practice. Far from it. People in Europe & the Eastern Empire continued to off their off spring in large numbers. And Christians continued to adopt them. But as the influence of the Christian worldview spread, there was a deep & fundamental shift that took place in the way people viewed human life; all of it from cradle to grave. And where that respect for life settled in, infanticide evaporated. It got to the point where a single abandoned infant became a shocking event the news of which spread like wild-fire. And when desperation moved some young mother to abandon her child, where did she leave it? Not on a hillside to let it die. No. She left it on the doorstep of the local church because she knew her child would be taken care of.

So it ought to be with the deepest kind of grief that we hear now about newborns being left in dumpsters & gas station restrooms. It seems we’ve regressed, not progressed; devolved, not evolved. Society has at any rate. And to think – there are people who actually rejoice that the Christian worldview has been cut loose from modern society.

We have abortion, which is really just an earlier form of infanticide. Partial birth abortion isn’t even that! If a woman doesn’t make the appointment to rid herself of the unwanted before it’s born, no problem; when in Rome, do as the Romans do.

We’ll be taking a look at many more ways the Christian Faith has impacted culture & civilization in the weeks to come. 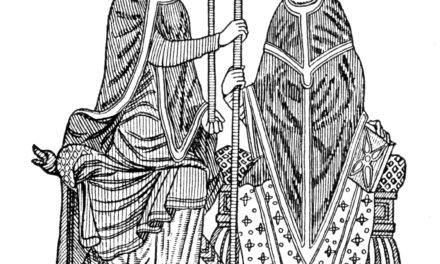 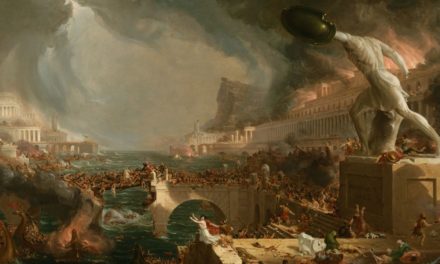 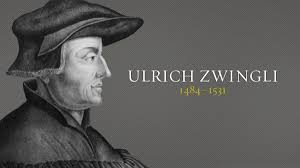