As I record  & post this episode, a new movie’s out called Logan. It’s appears to be the last installment for the venerable X-Men character Wolverine, played by Hugh Jackman. Logan was an immortal who became the subject of a secret military experiment gone wrong. His skeleton was infused with a fictional metal called adamantium that bears the hardness of a diamond.


Why, you wonder, am I sharing this. What’s this have to do with Church History? I mention it, not because I’ve seen the movie, but because of the name of the church father we’re going to take a look at today. Or I should say his nickname; it was Adamantius. Roughly meaning, “Man of Steel” or if you prefer, “Tough Guy.”

Can you guess who we’re talking about, what his more common name was? Origen, a man both honored & despised. Honored because when he was good, he was very, very good and when he was bad he was awful!

I’ve come to think of Origen as a really smart guy with a basically good heart, who went off into weirdness because of one simple error, which we’ll take a look at later.

Origen Adamantius was born at Alexandria in Egypt around AD 185, the eldest of 7. His parents were committed Christians who diligently raised their family in the Scriptures. Persecution led to his father Leonidas’ beheading in 202. Origen was 17, and saw it as his duty to follow his dad’s example. His mother hid his clothes to keep him from going out of the house. As he searched for them, she persuaded him to consider that as the eldest son, it was now his responsibility to provide for her & his siblings.

To do just that, Origen opened a school for the wealthy children of Alexandria. He made extra money copying texts, and tutoring those seeking to become church members.

It became clear to all who engaged him that he was a genius. A wealthy patron offered to assist him in further schooling. Origen wanted to parlay his emerging intellect as a tool for the defense of the Christian faith and decided the best way to do that was by making sure he understood the arguments of the major contenders. So he enrolled in a school of the pagan philosopher Ammonius Saccas. It was during this time Origen began putting together his ideas that would later come out in his work refuting the challenges of the pagan critic Celsus that we’ll get to a bit later.

As Origen’s output grew, a wealthy friend supplied him with secretaries to capture his dictation and run his affairs.

When Origen was installed by the pastor of the church at Alexandria, Bishop Demetrius, as the head of the Catechetical, or we might say, new-member school, Origen began a life of ultra strict asceticism. He slept on the floor, ate no meat, drank no wine, fasted twice a week, owned no shoes, and according to the ancient church historian Eusebius, castrated himself in mistaken obedience of what Jesus said about eunuchs in Matt 19. There’s some debate if Origen actually did this, or just chose to stay celibate.

Reflecting the safety of travel on the now Roman Lake of the Med, Origen made several trips to Rome, and one to Arabia. In 215, when he was about 30, unrest in Alexandria caused by a visit from the Emperor Caracalla, moved Origen to make a visit to Palestine. While there, he was asked by the pastors of both Caesarea and Jerusalem to preach in their churches. He did, though he was only a layman. He’d never been ordained a pastor. When he got home, his pastor, Bishop Demetrius was livid as this was regarded as a serious breach of ecclesiastical protocol.

From 218 to 230, Origen devoted himself exclusively to writing. Then in 230 again set out for Palestine, where he the same pastor-bishops as before asked him to preach again. When he declined lest it create another brueha with Demetrius, they offered to ordain him then and there. Sounded good to Origen, so the deed was done.

Yeah, Demetrius wasn’t pleased and when Origen got back, fired him & revoked his ordination, claiming the other two pastors weren’t Origen’s spiritual authority, HE was.   That was too much for Origen to bear, so he moved to Caesarea in 231 where he opened a famous school, attracting scholars from all over.

Origen then gave himself to writing & preaching. In 250, at the age of 65, he was rounded up in the persecution under Decius, endured prolonged torture, in which they hoped to get him to recant. But Origen outlasted Decius. He was released, but managed to survive just a few years.

While Origen left a lasting impact on theology and the Church, his by far largest work was called the Hexapla, which he worked 20 years on. The Hexapla is a massive work 6000 pages spread over 15 volumes. It’s 6 versions of the OT arranged in columns side by side, like what we call a parallel bible today. It compares the Hebrew text to the Greek Septuagint translation, and 4 other Greek translations, including one Origen found in a jar near Jericho – and which modern scholars wonder was an early find of the Dead Sea Scrolls. The Hexapla became an important step in the development of the modern Bible and went far in advancing the science of scripture translation. Chances are there was only a single full edition of the Hexapla, housed in the church at Caesarea, but was destroyed by the Muslims in their invasion in 638.

While the Hexapla was his largest work, his most significant was On First Principles, a systematic theology, the first ever for the Christian Faith. Origen merged a distinct  Christian philosophy with Greek rhetorical techniques and assumptions based on Scripture. In 4 volumes, Origen deals with God, spirits, man, nature, free will, & Scripture. The original text has all but disappeared, but a questionable Latin translation by Rufinus, and a more reliable rendering by Jerome convey most of it.

These two works alone, to say nothing of all the other material he produced, it’s easy to see how he kept 7 secretaries busy and moved Jerome a hundred yrs later to say, “Has anyone read everything Origen wrote?”

In Against Celsus, Origen gave a stellar defense of the Christian faith against the erudite attacks of the pagan philosopher Celsus. Nothing of Celsus remains, except where Origen quotes him. It seems Celsus had had enough of the upstart Christians and their crucified God. He leveled his not insubstantial genius at clearing away what he considered the foolishness of the Gospel. But his, what he thought were ace serves into the Christian side of the court were returned by the Wimbledon champion Origen, who sent them back on fire! Really, it was clear that paganism was a dilapidated old shack that needed to come down. Christianity was the wrecking ball that did it in. Against Celsus is one of the finest defenses of Christianity produced in that era. Answering Celsus’ accusation that by refusing military service Christians were poor citizens, Origen said, “We who by our prayers destroy all demons which stir up wars, violate oaths, and disturb the peace, are of more help to the emperors than those who seem to be doing the fighting.”

Origen produced commentaries on almost all the books of the Bible, though only fragmentary evidence survives of most. His homilies are the oldest examples of Christian preaching.

History has assigned many labels to Origen. He was at heart a biblical scholar whose intellect was nurtured by Scripture. But this is where Origen also seems to go off the rails. He applied a three-fold method when interpreting the Bible. He said the Bible could be understood literally, morally, and allegorically. Nothing too-too wild there. But where Origen DID go too far was in saying the allegorical method was the main way to view Scripture.

In contrast, modern Evangelicals would say the literal, straight-forward meaning of the text prevails. You don’t have to read anything INTO the text with a literal interpretation. Your goal is to get the meaning OUT of the text, not put it in. Now, there might be some allegorical meaning to some passages, but those ought to be considered only after first getting a good grasp on the literal meaning.

Origen flipped that. He claimed the allegorical meaning was the primary purpose of the text, while the literal was SO obvious, well, clearly something as important as God’s Word had to be deeper than just what any ole’ uneducated person could get.

That brings us to another error Origen made. He divided people into 2 categories; the mass of everyday commoners with average intelligence for whom a literal interpretation of the Bible was sufficient to help them muddle through. And the intellectually elite and enlightened for whom the lofty heights of allegory opened higher spiritual realms. For commoners, the Gospel with its message of the cross and resurrection were enough, but the elite who entered into the mysteries of allegory, the very mind of God was available.

Other problems areas with Origen are his belief that all spirits are created in the spiritual realm then find homes in either demons, humans or angels. He believed that ultimately, all spirits would be saved and restored to God, including the devil.

Most problematic was Origen’s thoughts on the Trinity. He conceived of it as a hierarchy. The Father was the absolute, supreme God, while Jesu and the Holy Spirit were also in essence God, but not equal to the Father. And though he attacked Gnostic beliefs, like them, he rejected the goodness of material creation.

While Origen produced much helpful material, his nudging the Church to adopt an allegorical method for interpreting Scripture set it on a path that ended up obscuring God’s Word and removing it from the hands of everyday believers.  Now it became the sole domain of those properly educated to parse it’s esoteric truths.

Three centuries after Origen’s death, in 553, the Council of Constantinople declared him a heretic. His works were systematically removed.

Modern apologists for Origen suggest he was only seeking to cast the Faith in the thought forms of his day. That may have been his goal, but he simply went too far and introduced ideas that were clearly anti-Biblical, ideas that a literal, straight-forward understanding of the text would have cleared up, had Origen let them. 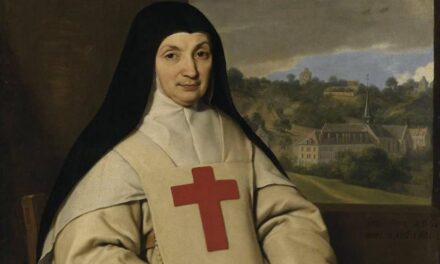 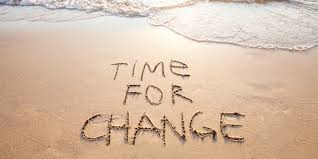 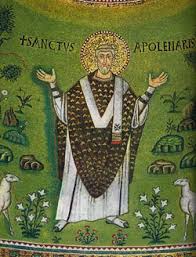 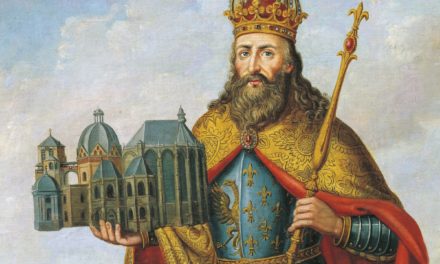