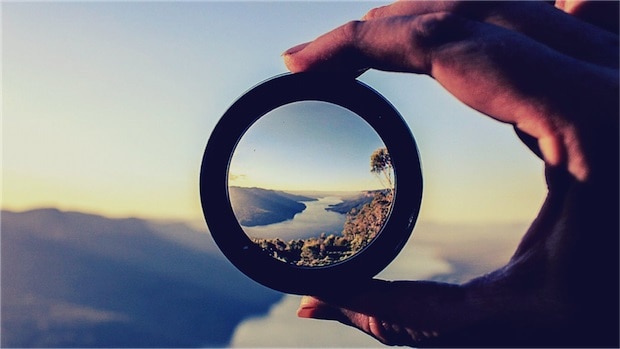 This episode of CS is the 3rd Overview in the series so far.

We’ve spent quite a bit of time tracking the Reformation and need now to give a brief overview and analysis of what we’ve seen as we prepare for launching into the next era of Church History.

There’s a well-worn saying in English I’m not sure other languages duplicate. It says that “you can’t see the forest for the trees.” The idea is that details can obscure the bigger picture. You fail to see a forest because all you see is a lot of trees.

As we’ve spent many episodes tracking the Reformation and Counter-Reformation, we may be so distracted by all the names, places, dates and movements, we miss the larger picture and the summary effect of all this on the people of 16th C.

Trends from the previous century came to fruition in the 16th that made for a monumental shift in people’s idea of what The Church was. Consider a couple of the things that happened in the 15th C.

Till then, European Christians felt hemmed in by Muslims to the S and E, and by the Atlantic to the W. Missions were conceived of almost exclusively as the conversion of Muslims. Challenges to Christianity were pretty much limited to the threat of an aggressive Islam. That view seemed potent when news of the Fall of Constantinople washed over Western Europe.

Yet in the hundred years of the 16th C, the situation changed dramatically. To the E and S, Islam was countered by the Spanish Reconquista and the failure of the Turks to take Vienna. The Battle of Lepanto in 1571 saw the end of Muslim naval power in the Mediterranean. Muslims armies, which had seemed irresistible till then, began to roll back.

Then, the Atlantic, once an impassable barrier, suddenly became a highway. New worlds opened with the discovery of The New World. Sailing W, Spanish conquistadors conquered a realm far larger than their homeland.

The Portuguese sailed S around Africa, setting up trade centers and missions in the Far East. And Islam, which had appeared the greatest barrier to Christian expansion, saw its main territory surrounded by the growing economic and military power of Europe. North Africa and western Asia shifted from being Muslim realms to European colonies.

In all these lands newly opened to Europeans, Christianity established a foothold. Some of them would centuries later become their own vibrant center of missionary outreach at a time when Europe was growing increasingly secular.

But, few who lived in the 15th C could comprehend the massive consequences of the events they witnessed. When Spain and Portugal came near to blows over who had the rights to what, the pope thought he could work a compromise by decreeing the W belonged to Spain while the E belonged to Portugal. But what about when sailing W leads to the E, and vice versa? The inevitable conflict was played out in the Philippines.

During the 16th C, when these vast geopolitical changes were taking place, the towering edifice of medieval Christianity collapsed. The Council of Trent tried to salvage what it could and set the scene for what became modern Catholicism. Protestantism diffused into dozens of groups amid the ruins of the medieval Church. The long-held ideal of a single church, with the vicar of Christ as its visible head, never a view held by the Eastern Church, lost its power in the West as well. From then on, Western Christianity was divided among a plethora of groups divided up along cultural and doctrinal differences.

In spite of corruption and the many voices calling for reform, there was agreement among Christians the Church was in essence one, and its unity ought to be manifest in its organization. Most chief figures of the Reformation at first held such an understanding of the Church. Only a few rejected it. Most Protestant leaders believed the unity of the Church was crucial to its nature, and that although it was temporarily necessary to break unity to be faithful to God’s Word, that faithfulness demanded all effort at regaining unity.

As in the Middle Ages, people of the early 16th C took for granted that the survival of a nation-state required religious agreement among its subjects. That notion, which Christians rejected when a minority in the old Roman Empire, became the prevailing view after the conversion of Constantine. All who lived in a Christian state must be Christian and faithful members of THE Church. A bare-few places allowed Jews and Muslims to live among them but only as a lower-class, disenfranchised and persecuted.

This view of national and concomitant religious uniformity is what led to the many wars of religion of the 16th and 17th Cs. Then, in some areas sooner than others, a conclusion was reached that religious tolerance was preferable to the devastation these wars brought. So began the long process, as one after another the various European states adopted policies of religious tolerance. That produced the modern idea of the secular state.

The 16th C also witnessed the collapse of the ancient dream of political unity under an Empire. Charles V was the last emperor who would harbor such illusions. After him, the so-called emperors were little more than kings of Germany with limited power.

The Conciliarist hope of reforming the Church was also shaken. For several decades, Protestant reformers hoped a universal council would set the pope’s house in order. But the opposite took place. The papacy achieved its own reformation without help from a council.  By the time the Council of Trent met, it was obvious it wouldn’t be an ecumenical council so much as a papal tool.

Sincere believers, both Protestant and Catholic, saw many of the old certainties crumble around them. Discoveries taking place in the New World posed questions unanswerable by the old guidelines. Medieval foundations like papacy, empire, and tradition, no longer held. As Galileo had demonstrated the Earth wasn’t a fixed point of reference, now it seemed there was NO fixed point to be trusted.

Such were the times of Erasmus, Luther, Calvin, Knox, and the other great reformers. While the world was in chaos, they resolved to stand firm in Faith and the power of the Word of God. Luther and Calvin insisted that the power of the Word was such that, as long as the Roman Church continued reading, even though the pope and his advisors refused to listen, there was always in the Roman communion a “vestige of the church.” So they anticipated the day when the Church would once again cleave to the Word and set aside their differences to emerge in a united church once more. 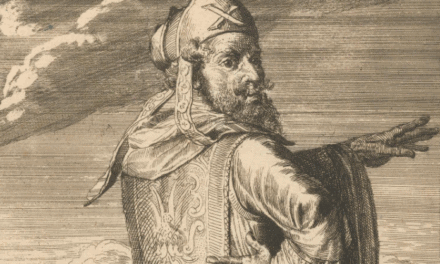 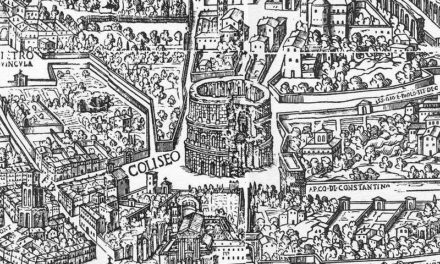 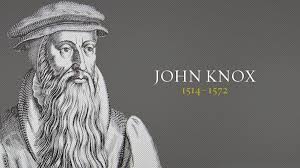 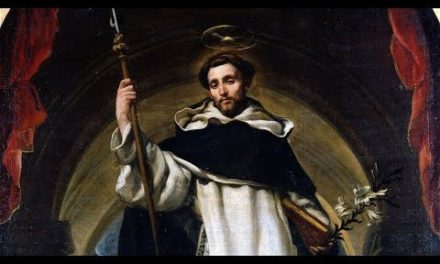