This episode is titled, Kant.

At the conclusion of episode 125 – The Rationalist Option Part 2, I said we’d return later to the subject of the philosophy of the Enlightenment to consider its impact on theology & Church History. We’ll do that in this episode.

In that episode the past philosopher we considered was the empiricist David Hume, whose skepticism went so far as to suggest that the common sense notion of cause and effect was an illusion. Hume said that all we can says is what we experience, but that we can’t know with certainty that one things gives rise to another, no matter how many times that thing may be repeated. In may in fact at some time and place NOT repeat that pattern. So to draw universal laws from what we experience isn’t fitting. The effect of Hume’s critique was to cast doubt on reason. Empiricists and Rationalists were set at odds with each other.


Hume and his Empiricist buddies weren’t without their opponents. A scotsman named James Reid published An Inquiry into the Human Mind on the Principles of Common Sense in 1764. Reid argued for the value of self-evident knowledge or what he called common sense. His position came to be known as Common Sense Philosophy. I had many adherents among the growing number of Deists.

In France, Charles Louis de Secondat, Baron de Montesquieu, applied the principles of reason to theories of government. He came to the conclusion a republic was the preferred form of government. Since power corrupts, Montesquieu said government ought to be exercised by 3 equal branches that would balance each other: the legislative, executive, and judicial. He proposed these ideas 30 years before either the Americans or French adopted them in their own political systems.

At bit after Montesquieu, Jean Jacques Rousseau suggested that what the rationalists called  progress à Wasn’t! Enlightenment thinkers and thought generally regarded human history as a record of advance form less to great sophistication = Progress! Societies were moving out form a backward barbarianism to advanced civilizations. The Enlightenment’s emphasis on Reason was evidence humanity was emerging from the pre-scientific belief in religious superstition into a new era of rationalism. Rousseau argued that much of what people considered progress was in fact a departure from their natural state that was contrary to human flourishing! He called the modern world and advanced civilization an artificiality. Rousseau advocated a return to the original order, whatever that was. He lauded the noble savage who lived in a pure state unfettered by all the conventions & inventions of modern society. Whatever govt there was ought to serve rather than rule. Religion ought to be a thing of the lowest common denominator with no one telling anyone else what to believe or how to worship. Rousseau said that lowest common denominator was that there is a God, the soul is immortal and there are moral norms. Which sounds an awful lot to me like Rousseau contradicted the very thing he said no one could do – tell others what to believe. “Believe whatever you want, as long as you agree with me,” seems to be the rule of a lot of skeptics.

And then at the end of the 18th C, along came a German philosopher that kinda’ blew everything up. Many consider Immanuel Kant the central figure of modern philosophy.

Before we dive in, I need to pause and say I Kant understand Kant. Seriously – right about the time I think I’m getting a handle on Kantian philosophy, he’ll say something that makes it all slip away. I hope that when I teach, my words make things clearer, not more obscure. I guess Kant is trying to clarify rather than obfuscate, but his thoughts swirl in a realm far beyond my puny intellectual capacity.

So the best I can do is seek to explain Kant’s ideas as others have expressed them.

Kant was born in 1724 in the city of Konigsberg in Prussia to Pietist parents. He was a solid student but no standout. At 16 he began studies at the University of Konigsberg where he ended up spending his entire career. He studied the philosophy of Leibniz [Lib-nitz] and Wolff and the new mathematics physics of the Englishman Isaac Newton. When his father had a stroke on 1746, Kant began tutoring in the villages around Konigsberg.

Kant never married but had a rich social life. He was a popular author and teacher, even before publishing his best known philosophical works.

Kant was a firm believer in rationalism until he was awakened from his, as he called it, “dogmatic slumber” by reading Hume.

In the work for which Kant is best known, his 1781, Critique of Pure Reason, he proposed a radical alternative to both the empiricism of Hume and the rationalism of Descartes. According to Kant, there’s no such thing as innate ideas. But there are fundamental structures of the mind, and within those structures we place whatever our senses perceive. Those first and most important structures are time & space; then follow 12 “categories.”

These categories are unity, plurality, quantity; quality; reality, negation, limitation, subsistence, causality, relation; possibility, & necessity. Did you get that? There will be a quiz.

Kant said time, space, and the 12 categories aren’t something we perceive via our senses. Rather, they’re structures our minds use to organize our perceptions. In order to be able to USE or process a sensation, we have to put it into one of these mental structures. It’s only after the mind orders them within these categories that they become intelligible experiences.

Kant said that no one really knows a thing as it is in itself. What we know is only what’s going on in the activity of our minds. It’s our perception of a thing we know – not the thing ITSELF as it is. Let me use an illustration that may get this across, or not. WE can make this pleasant too. Let’s say you and I are on the Big Island of Hawaii; where my wife and I are when this episode posts on Sunday March 20th. And let’s pretend we’re both looking at a black sand beach at sunset. The sun is half a golden orb settling in the blue ocean. A half dozen palm trees stand in dark silhouette against a multi-colored sky of deep blue, fading to indigo, and morphing to scarlet & orange.

I just gave names to several colors. But those colors are labels that come from categories in my mind I sort what my eyes see into. You do the same. But how could we know if what I experience as orange is the same as what you know as orange. Maybe my orange is your blue. My black might be your white. But since we’ve always labeled what we perceive by those labels, that’s what they are to us. Maybe if what you & I perceive were to be somehow traded, we’d freak out because of the total messing with our categories it just played.

Kant said that in knowledge, what we have isn’t things as they are in themselves, but rather things as our mind grasps them. So, there’s no such thing as purely objective knowledge, and the pure rationality of Cartesians, Empiricists, and Deists is an illusion.

If true, Kant’s work meant many of the arguments used to support Christian doctrine no longer worked. If existence isn’t an objective reality, but just a category of our mind, there’s no way to prove the existence of God, the soul, or anything else. To be blunt, Descartes would be stuck at “I think, therefore I am.” He could go no further than that.

Kant, like so many Enlightenment thinkers, was loath to give up on the idea of the existence of God completely. They wanted to hang on to it. But with Kantian philosophy, faith and reason become utterly separated form each other.

Kant dealt with religion in several of his works—particularly in his Critique of Practical Reason, published in 1788. There he argued that, although pure reason can’t prove the existence of God or the soul, there’s “practical reason” that has to do with the moral life, and whose procedure is different from that of pure reason. But this practical reason, becomes a concession, a nod to those who can’t operate by the higher pure reason. It didn’t take long for others to realize practical reason was like philosophical training wheels that had to come off if humanity was to move forward as a rational creature.

Kant’s significance to religion and theology goes far beyond his uninspired attempts to ground religion in a practical morality. His philosophical work dealt a deathblow to the easy rationalism of his predecessors, and to the notion it’s possible to speak in purely rational and objective terms of matters like the existence of God and the soul. Following Kant, theologians tended to accept his divorce of faith and reason. Eventually some would question the universality and immutability of his categories of the mind, arguing that things like psychology, culture, & even language shape the categories. Kant’s work, which in some ways was the high point of modern philosophy, set the stage for the post-modern critique of the insistence on objectivity and universality as signs of true knowledge.

And though it’s early, We’ll call it quits at this point for two reasons.

1) I’m on vacation and my wife is calling me to go watch that sunset with her.

2) My head hurts. I Kant get all these ideas out of my head. 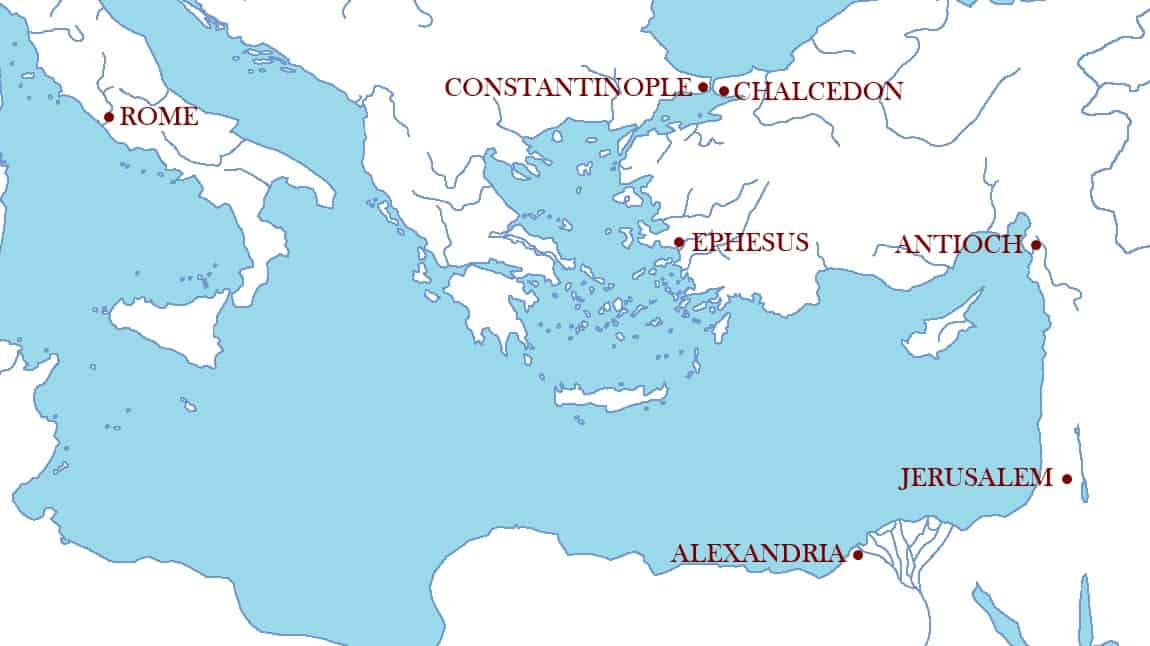 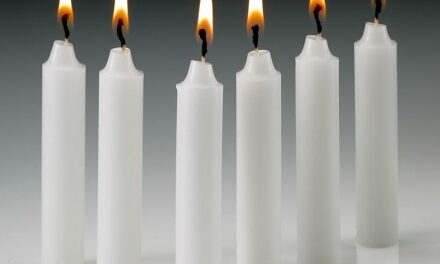 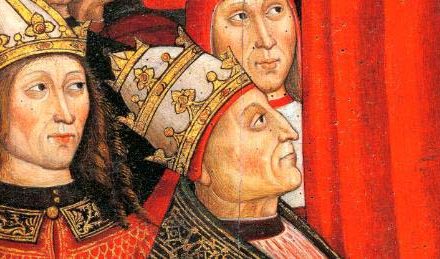