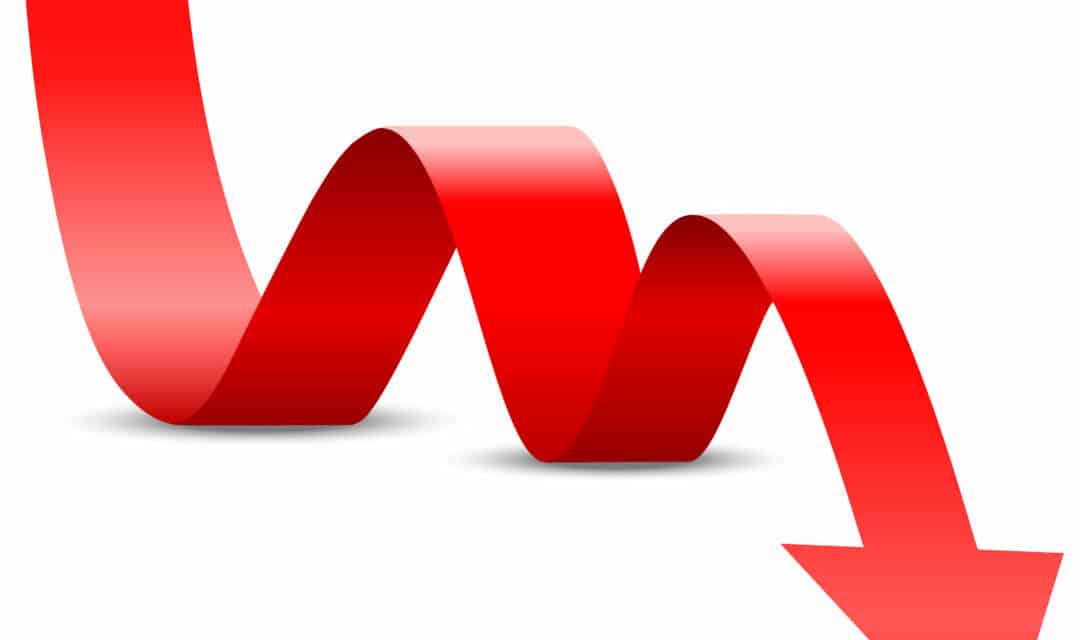 This is episode 124-Decline.

Following the Great Awakening, which produced a deep-seated sense of Faith in so many Americans prior to the Revolutionary War, as the new nation organized itself around its new national identity, it realized something unique was taking place. A genuine religious pluralism had taken root. That was very different from the centuries of conflict that marked the Europe their ancestors had come from.

There are several reasons for the religious pluralism of the United States. But when we speak of pluralism at that point in history, let’s make sure what we mean is a lack of the establishment of a specific Christian denomination as a National or Federal Church. 18th Century pluralism didn’t extend to other major religions. There were no Buddhist or Hindu temples; no Islamic mosques nor Shinto shrines. Americans were Christians, if not of the committed stripe, at least nominally.

The first reason for the religious pluralism of the US was immigration after 1690. It brought a mixture of people with various faiths so that no group was dominant. The Quakers of Pennsylvania opposed a formal church structure which prevented the rise of a State church there. Please note this: While the first Amendment prohibited the FEDERAL govt from establishing a National Church, there was no ban on the States establishing a State Church. Several states in fact HAD State churches. But the Quaker dominance of Pennsylvania resisted an established church. Their presence in New Jersey contributed to the religious mixture in that colony, and Pennsylvania’s control over Delaware during most of the colonial period meant freedom of religion there as well. French Huguenots took refuge in several colonies. Having suffered brutal persecution back home, they had no desire to persecute others.

A second wave of immigrants in 1700, consisted mostly of some 200,000 Germans. While most were either Lutheran or Reformed, several smaller sects were also present. Most shared the Pietistic emphasis on a deeply felt personal faith. They had no desire to dominate others’ religious persuasion. These Germans settled in Pennsylvania and northern New York.

Last came a wave of about a quarter-million Scotch-Irish from Northern Ireland. Nearly all Presbyterians, they’d been persecuted by the Anglican Church of Ireland. They spread throughout the Middle & Southern colonies. By 1760, the population of the colonies was about 2½ million. A third born in a foreign land.

A second influence favoring religious pluralism was that many of the colonies were Proprietary, meaning they were business ventures. For the sake of the business, religious feuds needed to be tamped down lest they prove a distraction to the colony’s profitability. Even where a specific church or denomination was favored, large numbers of people from others faiths meant the requirement to get along for the greater good.

Third, the revivals we looked at in the last episode proved a leveling influence. They crossed denominational lines as if there was no distinction whatever. Revival preachers and promoters universally stressed the equality of all in the sight of God.

Fourth, the Western frontier was another leveler. Pioneers were self-reliant individualists or they didn’t survive. In case you haven’t noticed, rugged individualism and religious institutionalism don’t mix. Frontiersmen were suspicious of and opposed to attempts by them City-folk back East asserting their will over the Frontier – in any form, including dictating what church would be built where and led by who.

Fifth, following the revivals of the 18th century, spiritual apathy began to grow once more. The churches that had filled during the Great Awakening began to empty. And without new ministers in training, it meant more churches were left without gifted leaders. Let me be clear—While the Frontier resisted Eastern denominations reaching into their realm, they still wanted their own churches. But the rapid evolution of the Western Frontier meant churches weren’t built or manned quickly enough. The Frontier became a largely unchurch region.  In proportion to the population, probably more than anywhere else in Christendom during the first third of the 18th century, the Western frontier of the British colonies was the least churched.

Sixth, the philosophy of natural rights percolating for a couple of centuries coalesced during the Enlightenment. It now began to influence many. One of those natural rights people came to accept was the privilege of deciding what religion they’d follow. John Locke’s Letters on Toleration argued for the separation of church and state and a voluntary religious affiliation for any and all. Most leaders of the generation that saw the American Revolutionary, such as Thomas Jefferson, were enamored with this philosophy and were active in bringing down the church establishment in Virginia soon after the new nation won its independence.

When the Revolution began, the Anglican church suffered greatly because many of its ministers remained Loyalists who supported England. When the war was over, there were few Anglican ministers left in the country and many churches had been destroyed.

In all, the disestablishment of religion seemed a foregone conclusion in the United States. With the founding of the new nation, one after another, State churches toppled. The last to go was Congregationalism in New Hampshire, Connecticut, and Massachusetts in the first half of the 19th century.

I realize the narrative I’ve just shared appears to challenge the picture some modern apologists paint of the role of Christianity in the Early American Republic. A deeper look makes it clear there’s no challenge at all. To say the United States saw a disestablishment of churches doesn’t mean Americans were irreligious. On the contrary; remember what we saw in the last episode. The Great Awakening had such a huge impact on the colonies that for a time, to be an American meant to be a Christian. And not just as a default label derived at by the process of elimination. You know, that attitude some have that says, “Well, I’m not a Hindu, Buddhist or Muslim; so I must be a Christian.” Coming out of the Great Awakening, the American identity was one that was thoroughly and sincerely Christian of the pietistic stripe; where having a personal testimony of the experience of being born again was paramount.

So à IF there was so much religious diversity and agitation against an established Church during the 18th century, what were the attitudes of the different denominations toward the Revolution?

As noted, Anglicans in the Church of England were divided, but dominated by a loyalist majority. In the north, Anglicans leaned heavily toward the loyalist cause. In the south, many of the great planters, men like George Washington, favored the Revolutionary cause. Congregationalists gave enthusiastic support to the Revolution, their ministers preached fervent sermons favoring of the patriot cause.

Presbyterians leaned that way as well in a continuation of the old conflict back home between themselves and Anglicans. Presbyterian John Witherspoon, was a signer of the Articles of Confederation, the only clergyman to sign the Declaration of Independence. Lutherans also supported the Revolution under the leadership of the Muhlenbergs. Though divided, Roman Catholics were generally patriots.

Baptists supported the Revolution because they felt the cause of separation of church and state was at stake. They believed a British victory would bring a round of new political control and a tightening on the religious scene.

Methodists were suspect because at the beginning of the war Wesley urged neutrality. Then colonial preachers came out in support of the Revolution. Although Quakers, Mennonites, and Moravians were pacifists, most of them were in sympathy with the Revolution and some joined the army.

The Revolution dissolved the ties between many religious groups in America and their spiritual relatives in Europe. This meant the need for new organizations in America. Though the Anglican church had been handed a serious setback, it didn’t completely evacuate the new Nation. William White and Samuel Seabury attempted to rebuild the Anglican church after the war under the new label of the Protestant Episcopal Church.

Loosed from English Methodism, in 1784 Methodists organized as the Methodist Episcopal Church, under the leadership of Francis Asbury. That same year, American Roman Catholics ended their affiliation with the British Bishop. In 1789, John Carroll became the first Roman Catholic bishop, with Baltimore as his See. The Baptists formed a General Committee in 1784. And the Presbyterians in Philadelphia drew up a constitution for their church at the same time as the national Constitution was being formed in 1787.

The Revolutionary War proved to be hard on religious life in America. Because most local churches supported the Revolution, when the British took an area, they often poured out their wrath on houses of worship. Churches were destroyed when they were used as barracks, hospitals, and storehouses of munitions. Pastors and congregations were absorbed in the cause of the Revolution rather than in building up the churches. French deism and its philosophical cousin atheism became fashionable among certain elements of American society because of the alliance with France. Rationalism took control of colleges and other intellectual centers. In some schools, there was hardly a student who’d admit to being a Christian.

Conditions were so bad during the years when the Constitution was being forged, politicians and ministers alike virtually gave up hope for the role of religion in American society. Bishop Samuel Provost of the Episcopal Diocese of New York saw the situation as so hopeless, he ceased to function. A committee of Congress reported on the desperate state of lawlessness on the frontier. Of a population of five million, the United States had 300,000 drunkards, burying 15,000 a year. In 1796, George Washington agreed with a friend that national affairs were leading to a crisis he was unable to see the outcome of.

The closing years of the 18th C were dark. But its always darkest just before the dawn. 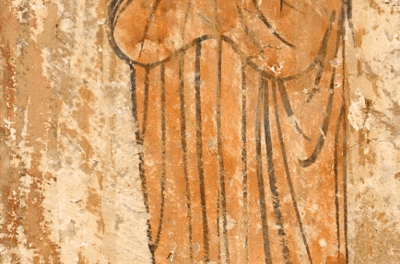 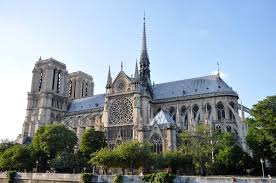 75-The Witness of Stones 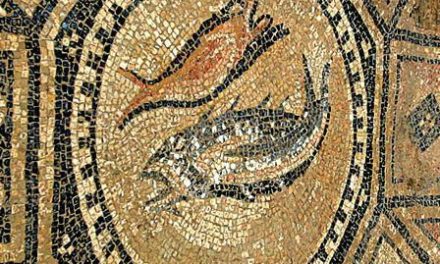